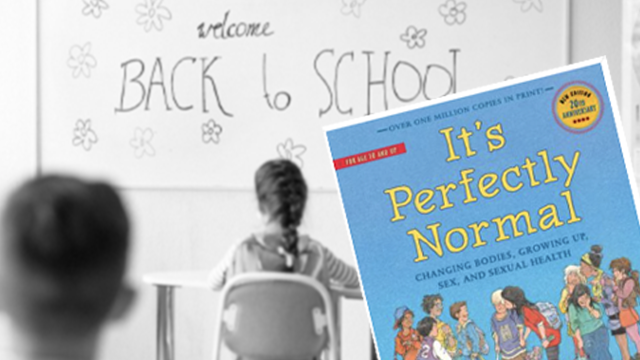 The state of education in Wisconsin is in shambles, in fact, it is so terrible it should go without saying that Tony Ever will be voted out of office in a matter of weeks now, he is, after all, the former head of DPI, and that is where the head of the beast is, ushered in by none other than Tony Evers.

I want to clearly state that I am not against teachers, I am not against education, in fact the opposite is true. I am pro education, I am pro student, child, parent and taxpayer. I love our students teachers, their desire to educate our future generations commendable, and wish for them to be free to teach the fundamentals to our students they need to move on and live a productive life. It is important for everyone here to understand that because some events of this last week have made me realize there is only 1 way out of this mess we have found our education system in.

One event, a vicious racist attack on my brown and yellow skinned legal immigrant to this County Mother, really has no bearing on education as a whole, other than to say the perpetrator of this hate must be a victim of the public school system.

The other was a conversation I had with a school board member in another district. She reminded me that more than a year before I made an off the cuff comment that the only way out of this conundrum is to starve the system. She said as a school board member she now understood fully what I meant, that the greatest President this Country has likely ever seen, certainly true in our lifetime, and the lifetime of our parents, laid the path for us, we just have to understand it and follow the breadcrumbs.

Most of you reading this have had the privilege of living through what our parents consider the greatest President in US History. Indeed Ronald Reagan was an incredible leader that helmed the ship during turbulent times, inherited from the weakest President of those days, Jimmy Carter. We weathered the storm of terrorism with grace and dignity, only to pass the torch onto weak unsteady men that were not fit for the task.

You are probably asking yourself why I bring up President Reagan when I began this to discuss the epidemic of failure in our school system and  the modern day sexualization of our children; there is a reason. A quick glance over our shoulders we can reach back almost 100 years and see this slow trickle into decadence began long ago, we can look at Woodrow Wilson and see the fundamental beginnings of the Socialist path we are currently on. We can look at President John F. Kennedy, romanticized in his assassination and see a man clearly unfaithful to his wife. Today people no longer blink at that and Bill Clinton’s admitted sexual abuse of a very young woman smitten the office of the Presidency doesn’t even raise a flag. Power is an aphrodisiac. As proven time and again. President Donald Trump referenced it himself in the infamous Billy Bush tapes – side note, Billy Bush is a member of the Bush family, part of The Establishment we are gathered here tonight to fight. There is no need to repeat the locker room talk these two men engaged in, we all know what was said.

I reference all of this because it shows the hypocrisy of the left, and clearly highlights the battle we are engaged in today with the left leaning school boards, school unions and out of control DPI.  Our children are on the fast path to adulate and applaud deviant sexual behavior. Their young adolescent minds warped and manipulated into believing that this abnormal behavior is normal to the point where very young children have begun to argue with their parents and resist traditional values. Teachers themselves have been radicalized to believe that this what needs to be taught, why else would Mrs. Third  Grade Teacher inform the students that she is the students parent now if the child’s parents do not conform and yield to the radical brainwashing Comprehensive Sex Education is providing.

There is little left that we can do. School Districts such as Wauwatosa have even been caught in a lie, the school board used email provided by the taxpayers and plotted to manipulate the data in an attempt to ram through this radical material. They were caught, and one lone board member asked for CSE to be rescinded and he was denied. The motion to expel this perversion from the schools died on the floor, and starting in January 2023 Kindergarteners in the Wauwatosa School District will learn that their parents and doctor, or as they refer to us now, birthing person, sperm provider and birthing persons doctor, brainwashed them into believing the sex they were born with is their gender, that only the individual can chose their gender.

So, what can we do? We can run for school boards, we can become more involved in our Childrens education, we can open records request school plans, curriculum, supporting teaching materials. All of these things are good, proactive measures we can take.

We can work hard to get our elective office fixed, we can support men like

Roger Roth for Lt. Governor, and Tim Michels for Governor they are so strong on parental rights and they will give us what we really need, vouchers for all. The only way to end this nightmare of radical sexualization of our students is to starve the system. It truly is the only way.

All great societies such as the Roman and Greek Empires crumbled because of the decadence the governments were trying to to pass off as normal. Pre WWII Germany trended towards this same type of deviance while Hitler rose to power and began to massacre Jews, intellectuals, scholars, artists, and people like us, demanding freedom from such vile persecutions.

Vladimir Putin recently stated that the West is run by perversion and pedophiles, and he was not wrong. We currently have a morally ambiguous President where videos have surfaced of him with children smelling their hair and rubbing their bodies is scoffed off as an old man being loving towards a child he has no claim to.

The societies of ancient times lasted a few thousand years. As Germany trended towards totalitarianism they did not even last half a century. The world went to war to end Hitler’s cleansing, he believed in a superior race, the World telling him that simply is not true. Today, we are faced with a new cleansing, hedonism is the new god and it has been inserted into education, breaking down all that the family holds dear as we battle for the soul of our children. Yesteryear it was called “New Speak” today it is called “Woke” and you are a soulless, homophobic, transphobic, bigoted, racist if you do not conform.

This is the antitheses of the America we grew up in, it is not the glorious land our parents handed down to us, it is what our forefathers battled against, it is the an escalating march towards the death of America and the government takeover our children, the end result being Collectivism, or as many of us know it Socialism, Fascism, Communism, chose the word you like, they are all the same.

We should never forget the prophetic words of the great Ronald Reagan:

Freedom is never more than one generation away from extinction. We didn’t pass it to our children in the bloodstream. It must be fought for, protected, and handed on for them to do the same, or one day we will spend our sunset years telling our children and our children’s children what it was once like in the United States where men were free.

I write this to you to remind all of us that in a free society compliance is never an option. I remind you that as parents we can and must do better. We must never forget that the indelible American Spirit is not something that we surrender at the door of our children’s school. I write this to assure you that you are not alone, I stand with you, the army of American’s across this land that have recently reached out to me stand with you. I took on the Oconomowoc Area School District School Board’s tyrannical attempt to strip an American citizen of her First Amendment Rights and won, you can too.Our children deserve better, our future deserves better, our Country deserves better. Together we can and must remind our elected officials that we will never co-parent with the government.

“We have Faith in our hearts, grit in our souls and courage in our veins” I stand here today to remind all of us that together We, the Parent can right this wrong.