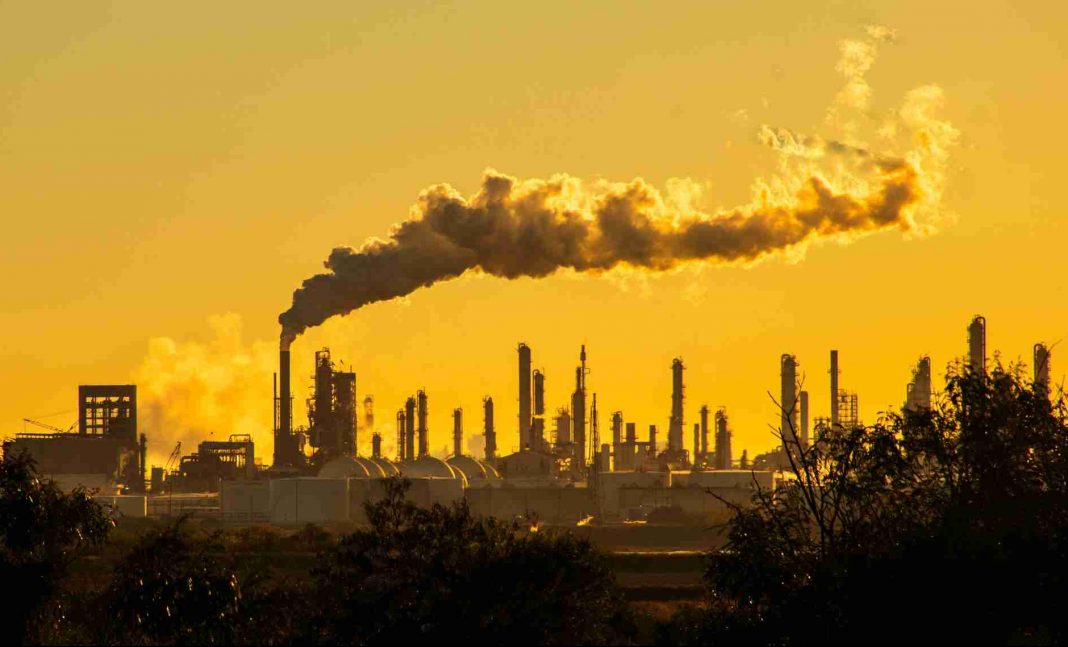 Have you ever stopped for a minute, cleared your mind of all that is going on, focused on the here and now and asked the question where is this all going? And where does this end? There seems to be a constant barrage of issues that left-leaning politicians try to convince you that will end humanity as we know it, or drastically change your life as we know it. The question many ask is valid and many times cannot be explained by those parroting the party narrative.

The truth is that if you have a Judeo-Christian worldview, you understand that the earth is on a timer and will eventually pass away, (Revelations 21) now am I saying to trash the apartment before you move to the new house? Absolutely not, however, the calls from the left to completely abandon successful systems that have sustained life on this planet at some point leaves you scratching your head. The “Green New Deal” under the guise of saving the planet amounts to a redistribution of wealth by completely undermining and destroying the capitalist system of competition that makes our country strong. The question asked is “do you believe the methane from cow flatulence should be regulated to ensure the temperature of the planet does not rise?” Or are there more sinister forces at work?

Take for example the Bill and Melinda Gates Foundation, their philanthropic work is agreed by many to be amazing. They have worked to bring vaccines, clean water and food to many third-world countries over the years however in a 2018 interview Bill presented the horrible views he held on to the work their foundation does. In the interview, the reporter asked Bill if he was concerned that providing the vaccines and lifesaving care for many would strain an already overpopulated planet. Yes, you read that right, in a nutshell, the question was asked, if we save all these people will it create more issues for us as a people? “Population growth in Africa is a challenge” is a direct quote from Bill to reporters.

The belief that the left and the super-wealthy are pushing is that overpopulation is sinking the ship and we need to control the birth rate of the world. The belief that we do not have enough room and resources drives climate hysteria as well. Remember when it was believed that we would see the complete melting of ice glaciers in Antarctica in the early part of the 21st century? Well, the inconvenient truth of the matter is that they are still there. The left-wing looneys persist with the desire for a complete upheaval of the basic systems that have allowed America to prosper for the last 200-plus years. Climate hysteria has almost become a religion that they come to worship on the altar of climate change.

But really what is it about? What is the endgame? In the 2019 Marvel Movie “Avengers Endgame” we see the “snap” that decreased the population of earth as an answer to the problem of “overpopulation”, this was the answer to the question and it was ultimately about control, pure and simple. If the left has its way the limits on personal freedoms and the pursuit of happiness will be highly restricted due to the disruptive nature of your freedom. The left wants the government to be the end-all, be-all, answer to all questions and dependence on the government to be viewed as a virtuous person’s reasonable service to others. Michelle Obama famously quipped that for things like universal healthcare and better education services we would have to “give up our piece of the pie for others to have more”. But who decides who gives more, who receives the excess and what does more mean?

The entire made-up climate and overpopulation crisis’ are only the mechanism for the ultimate control that is designed to curtail and reign in your freedoms. Imagine having to fill out forms in triplicate and go before a tribunal of judges to determine if you can have children. Imagine hitting your predetermined “carbon limit” and being locked out of your vehicle so you don’t drive anywhere. Lastly, imagine reaching your allotment of food for the week on Thursday and not getting any more food until the beginning of the week. These are all the worst things Orwell warned us about in the book “1984” and if left unchecked this will be our reality.

When a state mandates you cannot buy a new gas-powered vehicle to push you to purchase electric vehicles to save the planet and then asks you not to charge those electric vehicles due to power shortages you have a glimpse into the misery that awaits us. The post-WWII prosperity was born out of people having lived through not only the great depression but a world war where there were years and years of lack, they knew what lack was and they wanted to make sure they had more than enough. That generation, however, knew that true wealth must be worked for, sacrificed for, and prioritized over all else. Wealth cannot be transferred as there is no incentive to work, hustle and sacrifice for something that is going to benefit the other person who is not working.

We do not have a climate problem, we do not have a population problem, we have the same problem any great society has, and that’s the unholy need and craving for power to rule over all and exact their will on people that they view as less than or inferior. As Americans, the choice to combat this extreme agenda must be above all, a battle that we absolutely cannot lose. Matthew Whitaker, former acting Attorney General under the Trump Administration described it like this, “you only get to vote once for socialism once, after that, there is nothing more to be done”. Raul Cruz, father of Texas Senator Ted Cruz and a survivor of Castro’s Cuba put it another way, “If America falls, there will be nowhere else on earth for freedom to go”.

The protection of our constitution and the election of constitutional conservatives that will protect our freedoms is paramount in 2022 and beyond. Candidates at every level need to be vetted on their purposed energy policies, their thoughts on “climate change hysteria”, about canceling one group’s debt by having another group pay for it and if they support a universal income for all. Remember it is all about convincing you that the sky is falling, even when you see nothing but blue skies above you all while playing on fears of what “may happen in the future” to get you to sacrifice your freedoms now.

So back to the question at hand, where does this all end? An educated electorate is a strong electorate and people who are willing to plug in, roll up their sleeves and get to work will make a difference between a future that is bright and full of optimism or an unsure future where our leftist task masters tell us what to do and when according to their whims. Choosing wisely and understanding what we do now will greatly impact the future not only for us but for our children and their children. We cannot afford to get this wrong, the world is watching, and it needs that great shining city on a hill to blind the world with its strong bright beacon of freedom.