Tim Michels Will Save Wisconsin 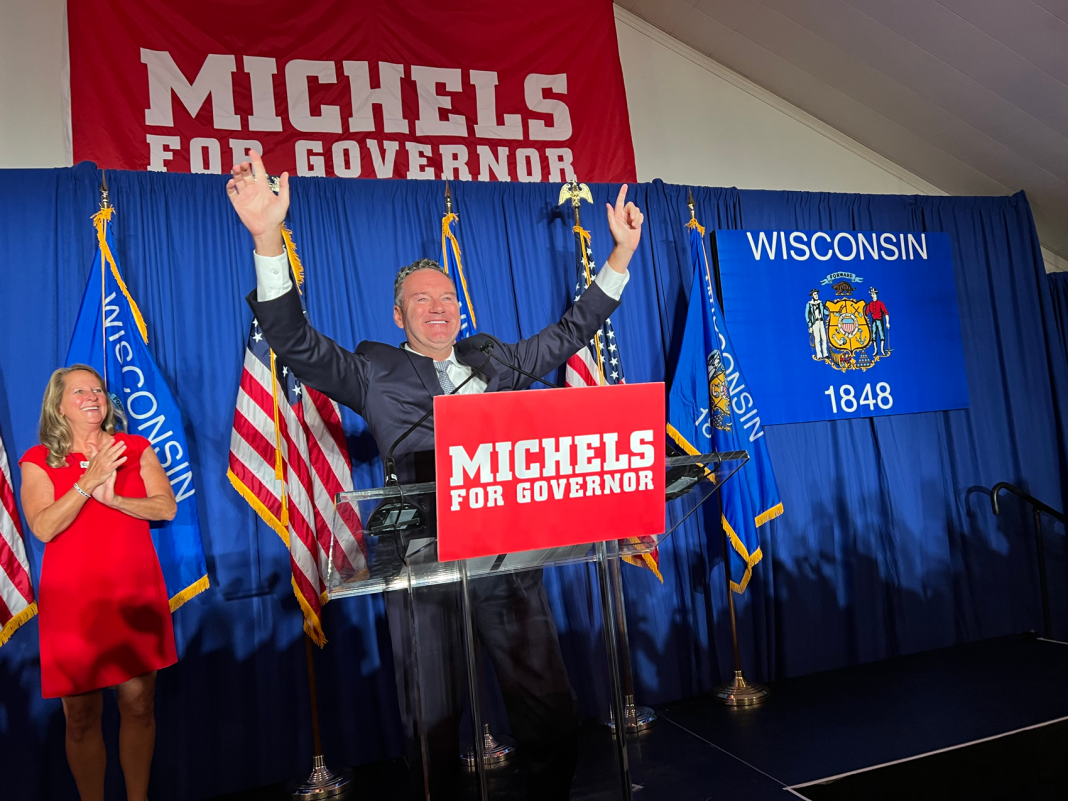 We had 4 viable candidates for Governor in the primary season. I actually, at one point in this endlessly long election cycle have supported all of them.

I had this long explanation of why I liked each one, and when. But, honestly, who cares? The fact of the matter is Tim Michels is our candidate and he’s the best chance we have to Save Wisconsin, and, by extension, Save America. I was slow to Team Michels, in the beginning licking my wounds that my candidate gracefully withdrew from the primary. I may even have said a time or two that I didn’t like Tim and wished we had a different candidate. It was suggested to me that instead of that I learn about the candidate. I make my worries known, I build my case for why we need vouchers for all, why parents deserve to have their children educated, not sexually exploited, and faced with pornographic materials put in front of them by groomers hell-bent on destroying childhood. The Michels team heard what I had to say. They made me believe that my choice should have been Tim Michels from the beginning. Tim Michels is everything parents want. Tim Michels is everything we need to get put Wisconsin on the right path and begin the long slow march to 2024, to Save America.

I think everyone can see that a politician running anything has been a disaster. Joe Biden is selling us to China, and that is not even the worst of his sins, but that is a discussion for another time.  Tony Evers is… there is so much to say… I will leave it at this – he sat alone, in front of a camera, and wore a mask for over a year. That’s not a leader, it is a coward at best, or an agenda-driven polarized politician hell-bent on power, not on doing the work of the people that elected him.

As the head Department of Public Instruction, the foundations for the graphic sexual materials now being put in front of children were ushered in. As Governor he turned a blind eye to the massive corruption in the 2020 election and needlessly closed schools, punishing children for the sin of deserving an education. He cow-towed to unions, masking innocent students for a virus that did not negatively affect the majority of the Country. In a time of leadership, he showed fear and cowardice, and we cannot have that helming the glorious state of Wisconsin.

Tim Michels has proven time and again in the few short weeks since the primary that he is the one. He is the right man at the right time to lead us out of this disaster of the last 4 years of failed leadership and Make Wisconsin Great Again!

I look forward to voting for Tim Michels on November 8, and cannot wait to call him Governor while working alongside him to save our schools!

Join me in voting for the future of our children, our State, and our Country.