Shellie Benish Deserves Your Attention – All Local Candidates Do, Too! 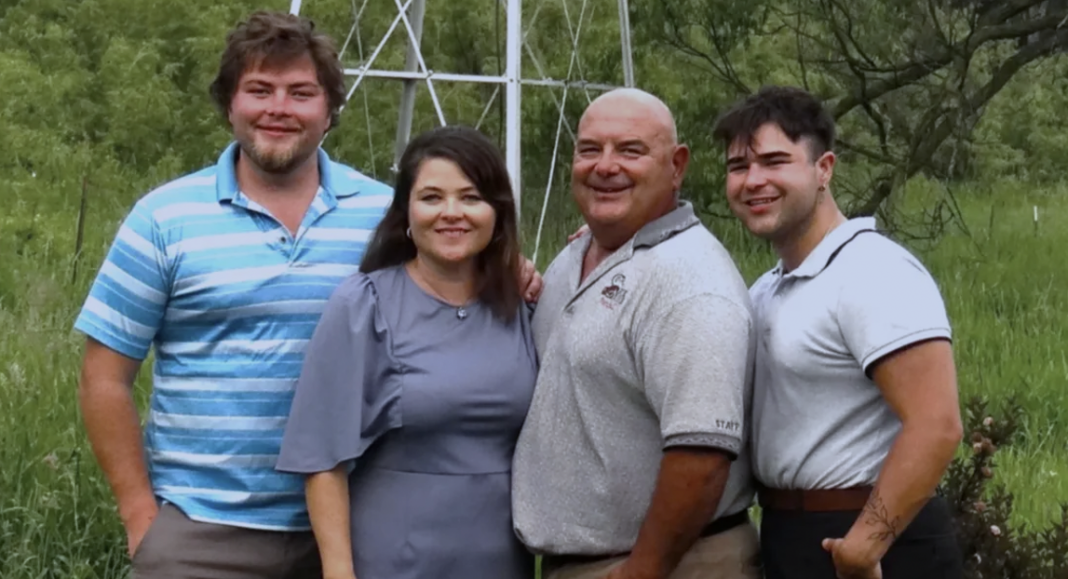 Rarely, local candidates are given the attention they deserve. Enormous commitment and fortitude are prerequisites to running for local office, especially for Republicans, campaigning near or in liberal strongholds in Wisconsin. Securing name recognition, one of the myriad challenges, is integral to obtaining each hard-earned vote.

I had the opportunity to sit down with Shellie Benish, a Republican Candidate for Wisconsin Assembly District 81. She handily won the primary on August 9, 2022, against Bob Wood and she will be on the November 8, 2022, ballot against the Democrat incumbent David Considine. The interview was informal and at her home in Lodi. Her neighbors, overtly supportive, generously displayed her campaign signs up and down the street. One neighbor even popped in casually to say, “Hi!” and inquired about Shellie’s dog who almost escaped earlier that day.

Very easily, Shellie rattled off the numerous cities and towns peppered throughout Dane, Sauk, Columbia, and Iowa counties which comprise District 81. She had a personal connection to many of them, especially since she was a native and many generations of her family lived in Sauk County. Her connection to Sauk runs deep since her father, Alan B. Shanks ousted the incumbent in the 1974 race for Sauk County Sheriff and held that office for 12 years. Shellie’s “Auntie”, Char, published a local chronicle, Merrimac Wisconsin History, and Ferry Tales, Etc… decades ago. The thick hardcover book, yellow with age and obviously much loved, contains stories and photos of Shellie and her relatives and friends – baby photos, wedding portraits, essays, lengthy tales, and even bits of local trivia.

Beginning in her hometown of Merrimac, Shellie held the position of administrator, clerk, and treasurer for 19 years. She played an integral role in influencing the legislation, making vast improvements to Route 78. The small population of Merrimac was hardly able to finance the desperately needed improvements to just over one mile of the highway. The cost was too burdensome for the taxpayers so Shellie and her team were able to negotiate with the state to obtain funding for the important project. Budget legislation was passed and the state supported the infrastructure repair project which provided better access to the local school and revitalized the entire community. Shellie admitted that she has not seen adequate state-shared expenditures over the past decade in her town or other rural small towns. She would like to advocate for small towns to help them secure desperately needed state funding for infrastructure and other public works. Many small communities are financially strapped, especially given Biden’s high inflation rate, and can be easily relegated to low-priority status in favor of larger and more vocal communities.

Shellie’s deep involvement in the community has spanned decades. When asked about a connection to their district, often, candidates have scant ties beyond employment or children’s schools. Not only did Shellie send her two, now adult, sons to the local school, she attended that school. Shellie related to me a success story of the school she attended in Merrimac that was in danger of being closed. The community rallied behind the school and transformed it into the successful charter school that exists today. She has personally witnessed the changes in public education that have transpired over generations – and she is not pleased. According to Shellie, it is imperative that parents remain the primary decision-makers when it comes to their child’s education.

Stunting or ceasing the growth of local micro-economies integral to the vitality of rural communities causes those communities to erode. Like the 500-head dairy cattle farm owned by some of her close relatives, livestock farms, agricultural operations, and other small businesses continue to struggle with the repercussions of the COVID pandemic. Commodity prices cannot be controlled so in order to keep farms operational, farmers are forced to assume massive debt. Unfortunately, many farmers are forced to sell their land to avoid defaulting on these loans. Shellie laments the loss of farming communities in her district not only in local scope but in the grander scope of the national impact of prices of food. As an aside, Shellie mentioned that one of her favorite restaurants, The Macker Backer in Black Earth, once a macaroni and cheese giant, shuttered its doors due to overbearing restrictions. When elected, Shellie plans on advocating strongly for farmers and small businesses because these entities, which are often community staples, are at risk of becoming extinct. Also, the decline in opportunity forces people to move away, thereby, negatively impacting the richness of the community.

While focusing on a family photo in her precious book, Shellie assumed a somber tone. Not often do voters get a glimpse of the very personal side of a candidate but Shellie was very willing to display a relatable vulnerability. Her honesty and transparency in describing unimaginable tragedy revealed the empathy that Shellie would bring to the Assembly. Shellie lost her immediate family all in the span of 24 months. She lost her mother and father to disease. Her sister was in an abusive marriage and committed suicide at the age of 54. When her brother was younger, he was the driver in a bad automobile accident which killed his best friend. His guilt played a toll on the entire family and he succumbed to alcoholism shortly after her sister died. Shellie obviously would bring her experience to the very relevant issues of gun violence and mental illness induced by the COVID pandemic. She is particularly concerned about the lack of socialization of our children and the impact COVID has had on their development. If given the privilege, she would advocate for those suffering from mental health issues.

The sad story doesn’t end there. Shellie painfully recalled the loss of 5 pregnancies. Her first pregnancy resulted in a stillborn baby. This pregnancy was followed by 3 more miscarriages after which Shellie and her husband were told that she would never be able to maintain a pregnancy to term. Thankfully, her doctors were wrong and she gave birth to two healthy boys. As if her situation could not get any worse, Shellie found herself with a life-threatening ectopic pregnancy for which she needed immediate medical care. Reflecting on the recent reversal of Roe vs. Wade in which the issue of abortion was delegated to the states, Shellie noted that she is unapologetically pro-life. Shellie commented that many pro-choice advocates incorrectly use the example of ectopic pregnancy as an example of abortion which is intended to mislead. Shellie is a staunch advocate for healthy babies and healthy women and her common-sense and empathetic stance would be a welcome addition to the State Assembly.

As the interview concluded, Shellie brought me to the lower level of her home where she displayed every single one of her father’s service badges. She collected and treasured so many local pieces of history. Pieces of that history were proudly arranged into wall displays and even sewn into patriotic quilts. We often hear the term “grassroots” which implies the lowest or most basic level of a political organization or movement. I would venture to describe Shellie as “generational grassroots.” She and her relatives that came before her are fighting the extinction of a community grown from the hard work of close-knit nuclear families. These families are those that have owned and operated farms, restaurants, and other small businesses for generations and these entities contribute to the richness of Wisconsin as a whole. She has and always will advocate for these communities.

A local Assembly race may not be as riveting as national politics with its Russia/Ukraine obsession or John “Fetterwoman” fetish.  But remember, everyone is a member of a smaller community. Those communities have voices, too. Take the time to hear yours.