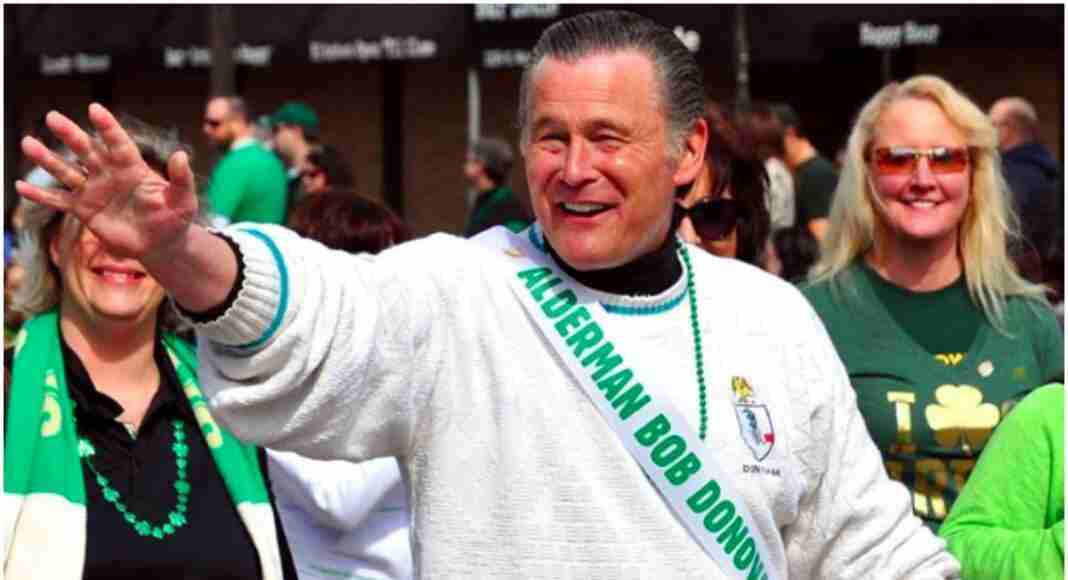 Over the past 20 years or so, when talking about politics in the Milwaukee Metropolitan area, one would be hard pressed to hear a conversation without the mention of long-time Milwaukee South Side Alderman, ‘Fighting’ Bob Donovan.

Having been the Conservative Champion and usually the lone voice of sanity on the Milwaukee Common Council, Bob Donovan is no stranger to standing up and at least giving Milwaukee area conservatives a seat at the table.

Donovan recently ran for Milwaukee Mayor, and even against insurmountable odds, he still got into the fight, and he never stopped.  After losing his battle to become Milwaukee’s Mayor, he could have just taken his political marbles and gone home. Nobody would have blamed him.

Instead ‘Fighting’ Bob fights on. You see, through adversity, comes opportunity. He will not go quietly into the good night. He has decided to continue his passion for public service by running for the Wisconsin State Assembly in Wisconsin’s 84th District.

Like the old cliché goes, ‘When life gives you lemons, make lemonade.’ I’m certain some haters will say, ‘But he lost, why run for another job?’ That is a bad example, especially since he won reelection every time as alderman in a very diverse district. And had he not chosen to stop running for Alderman, he would have surely won again.

This makes his loss in the Mayor’s race is a resounding opportunity for Wisconsin.

Bob Donovan is the perfect candidate at the perfect time.  Only he has the experience to affect the changes the Milwaukee Metro area so desperately needs.

The Milwaukee area is in deep trouble and will need a partnership between local governments and the state government in order to move the needle. Who better to facilitate this partnership than someone who did it for 20 years?

Throughout his years on the Common Council, he managed to ‘herd cats’ in a chaotic political world. Sound familiar? There will be no on-thepjob training for Bob Donovan; he has already proven himself to be quite capable and consistently Conservative. Why else would his constituents re-elect him time and time again.

The new 84th District contains parts of Milwaukee, Greenfield, and Hales corners and likely has a razor thin Conservative slant. This is no place for a political amateur; there is too much at stake.

On top of winning a needed Assembly seat, Bob Donovan can do an excellent job of motivating voters to get out and vote for Ron Johnson and the ultimate GOP Governor candidate.

This area is crucial!

We do not need another first-term ‘back bencher’ to go to Madison and just have their butt warm a seat and do nothing more than just be a loyal vote. Instead, send a proven Conservative champion to Madison who will put in the work for advancing Conservative ideals for the better.