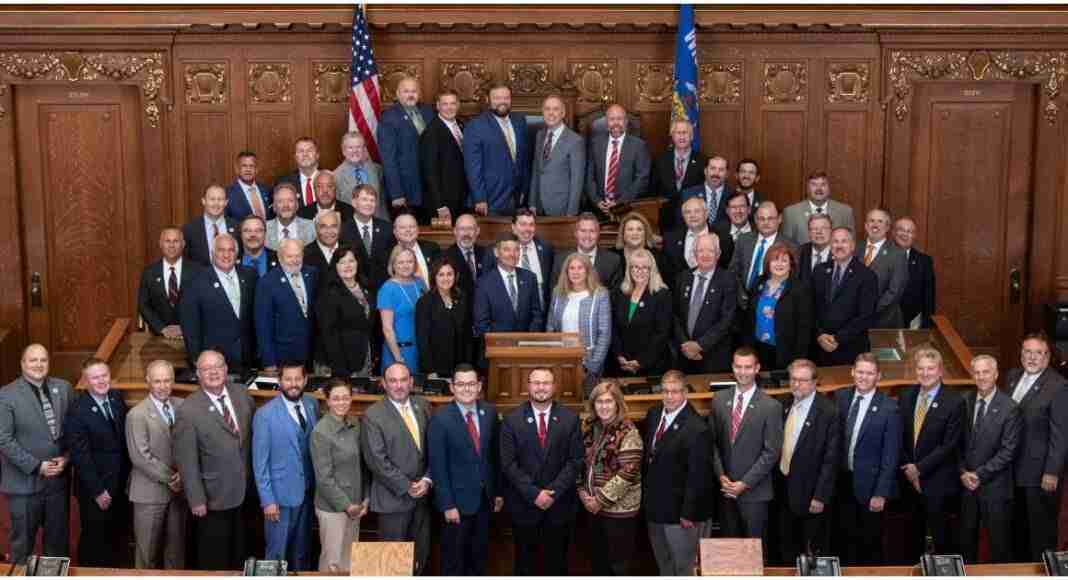 At last, we are saved!

Robin Vos and the rest of the Republican leadership in the Wisconsin legislature have shown their amazing backbone by passing several sweeping conservative bills!

One of my favorites, they passed their plan to break up Milwaukee Public Schools into multiple systems. This was all done in record time and they were immediately sent to the Governor’s desk to be signed into…..Oh wait. Never mind.

I cannot believe I was just writing that with a straight face.

Clearly, I am being sarcastic. Instead of leadership, we are seeing a whole lot of symbolism over substance. This has taken years too long. Just look at the MPS breakup, it has been an idea since Tommy Thompson was governor.

On top of having to wait decades to see the MPS breakup bill, it was heavily flawed and created even more administrative bureaucracy. But this is not the point of my editorial. I am questioning the timing.

Obviously, Governor Thompson had a legitimate excuse back then, he did not have a full Republican legislature. But do you know who did? Governor Walker did. For eight years!

There were several conservative bills that were recently sent to Governor Evers, knowing full that they would be vetoed. Bills like the Fetal Tissue bill, Constitutional Carry, the Heartbeat Abortion bill, and of course the MPS breakup bill. Do you know how many of those bills saw the light of day during those EIGHT Walker years?

That’s right, NONE OF THEM!

That’s why passing these bills now is completely useless, and quite frankly, a major insult to those of us who have been busting our backsides to keep them in power. Passing these bills now, with Evers in power, actually reflect a failure of the Elitist Madison-minded Republican Party leadership.

This is nothing new with Republican leadership though.

There is a pattern of being resilient when there is a Democrat in office, but then do nothing about it when they have power. The most glaring example was then Speaker Paul Ryan sending Obamacare Repeal to Obama to be vetoed for the umpteenth time in January of 2016, but then failing to pass the same bill in January 2017 when President Trump would have signed it.

The Madison clan is no different.

Yes, 2011-2018 saw some amazing progress. I am not writing this to negate what was accomplished. We did get things like property tax cuts, Castle Doctrine, Concealed Carry, Voter ID, Right to Work, and even freezing UW tuition. But it’s a stretch to say those years were perfect.

I recently heard a local radio talk show host talking about those days as if they were the second coming and how dare anyone criticize the Republican Party leadership of Wisconsin, past or present.

Well, the MPS bill was the last straw for me, I refuse to remain silent. I get that the leadership is passing these bills in an effort to force the Governor’s hand, so they can have campaign fodder for November. But this begs the question, does Robin Vos actually believe in these things?

Let’s not forget, we are fighting battles today because the Republican leadership consistently lacked the courage to act when they had the power to do so.

Just look at the current battle we parents are fighting against Critical Race Theory infesting our schools. CRT is directly linked to Common Core. Many of us pushed to end Common Core years ago, but Speaker Vos, then Leader Fitzgerald, and Governor Walker FAILED to do anything about it. Why? Because it was too ‘controversial’? Because Walker wanted to be President?

Of course, Fitz was rewarded for his ‘leadership’ by getting elected to Congress. But I digress.

Let’s be real, that’s not leadership, that’s cowardice. So, forgive me if I don’t drink the party Kool Aid about how ‘courageous’ it is to send these bills to Governor Evers when they never saw the light of day when we had full power. And yes, these were ALL still issues back then.

This is all to say nothing about the lack of action on things like getting Dean Knudson the hell off the Wisconsin Election Commission.

Don’t get me wrong, I will continue to vote for Republicans because the Democrat alternatives are so much worse. There are still several Republicans in the legislature who do possess the intestinal fortitude to fight for legislation and hold the line on Governor Evers’ draconian policies.

Unfortunately, they do not have a voice, because, if they do step ‘out of line’, Assembly Dictator, Robin Vos will clamp down on them, or do vengeful things like take away their staff. I am sure I will make the ‘list’ just by voicing my opinions publicly.

What we need here is leadership term limits in the legislature. Unfortunately, that is a pipe dream, so instead, it’s time for the rank and file of both chambers to unite and overthrow the current leaders and elect new ones.

Sadly, that is also a pipe dream, because of the Pelosi-esque draconian leadership style of leaders like Robin Vos. So, perhaps it’s time to primary those ‘leaders’ out of political existence so we can be properly prepared for a hopeful Republican sweep in November. Any takers?

If we do sweep in November, we must keep pressure on those future leaders to act on our behalf, not theirs.

We must be bold when we have the power to do so, not just when we don’t, and our elected leaders must act when they have power instead of using real issues as political tools. This game has gone on far too long.

Paris is a contributing author to the Wisconsin Conservative Digest, blogger and host of the webcast, The Paris Procopis Show.