Like It or Not We Are All Southern Border States  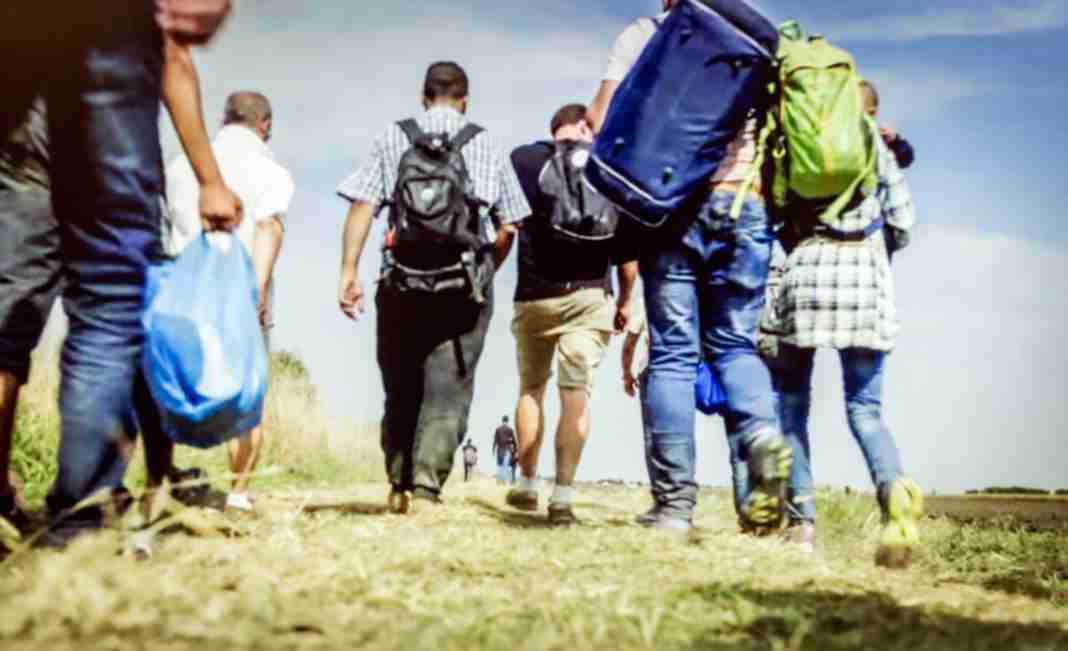 In 2011 I was happy and thriving as a paramedic in Southeast Texas working for a very rural service providing emergency care for the sick and injured. During my time as a paramedic, I encountered many different types of people at very difficult times in their lives. When someone calls 911 for a medical emergency, they are in the midst of possibly one of the darkest days of their lives. I was always taught to treat people with dignity and respect no matter what, do the best I could with the tools and protocols I worked under and provide my service in an unbiased way. I will never forget working a hot, dark moonless night when my partner and I get called to a wreck on a country road. We arrived on the scene, began assessments, and called for more help, as a large family of Hispanics had been in a smaller SUV and needed transport to the hospital. The sheer volume of the family was interesting as we triple-loaded 3 ambulances with non-critical patients.

As we were on the way to the hospital, I was doing an assessment and demographic information on a male patient in his mid-30’s and I asked him for his ID. His statement floored me. I paused to collect my thoughts. Growing up in Southern California it was very common to see CBP agents and ICE working enforcement near border towns and conducting raids on businesses that hire illegal aliens. This is nothing new in the south, the response however from this man sent a chill down my spine, he calmly with a tinge of joy in his voice stated “Oh no I don’t have an ID, I am from Mexico, Mr. Obama is going to make me a citizen soon”. I checked undocumented on the screen and knew that the county was not going to get reimbursed a penny for this transport.

I wonder what would have happened if a true medical emergency had happened at the same time with a tax-paying, red-blooded, American citizen? What if there had been a heart attack, stroke or some other catastrophe while my crew and I were taking care of people who should not have even been in our community? We see the stretching of resources in border states which isn’t anything new but in the current political climate, a wink and nod from the Biden Administration has sent a loud signal to the rest of the world that the US Southern Border is open for whatever can come across it. If you think for a minute that this is strictly a border state issue, then you have truly not been paying attention.

During a presidential debate, Donald Trump made a bold admission that many knew but few would say, he said there are a lot of “bad, bad hombres” coming across the border and liberal brains began to melt. Donald Trump, the wealthy businessman turned politician from New York, a non-southern border state, was able to sum up the entire problem in one sentence. States like California, Arizona, New Mexico, and Texas had known this for a very long time but finally, someone said it. The common counter from the left is that illegal immigrants do the jobs Americans will not do and thus the need for them, the common hush-hush whisper from the right is that their wealthy business friends need cheap labor to exploit for higher profits. This is the game they play, and they would all have gotten away with it too if it had not been for that meddling orange man and his wall trying to put America first.

The truth about the wall is that it was only intended to be the first phase of a multi-phase plan to reform our entire immigration system. The overall goal would be to turn off the spigot of illegal immigrants coming across the border and then take the time to vet and approve people who wanted to come and be a part of our country. Then once we could secure the border then there needed to be an enforcement focus for the people here illegally, send them home, apply for citizenship and if approved let them back in. The problem is that both the bleeding-heart leftists shouting, “No Human is ILLEGAL” and the money-lined pockets of the right were and continue to fight immigration reform every step of the way. Immigration reform in the US will be messy and ugly and neither political side has the stomach for it.

The process would continue unchecked and America would just grin and bear it if not for the drugs and crime associated with the misery of open borders. Our neighbors to the south along with Joe and Hunter Biden’s good friends to the east see open borders as a massive opportunity to make money and poison Americans. Chinese fentanyl and heroin combined with South American marijuana and cocaine combine for a massive windfall of cash for bad actors who are actively taking advantage of the porous borders and lack of enforcement. The strategy is simple, create a massive humanitarian crisis where the amount of people streaming across the border keeps CBP busy doing administrative work, processing illegals, and putting them through the flawed asylum process and while they are doing that, guess what they can not do? Enforce the border and stop the flow of drugs and other illegal goods.

The Biden administration in an attempt to release some of the pressure on border states quietly and oftentimes in the dark of night, flew illegals to many states and dumped them on local authorities and told them to figure it out. Then in a stroke of brilliance from a below-average Governor, Greg Abbott (R-TX) began sending busloads of illegals to New York City, Washington DC and recently Chicago, which prompted an outcry from local officials. The facts are simple and unless you have an agenda you have to agree that America is being invaded and the by-product of this invasion is killing Americans at a phenomenal pace.

States that would not normally be associated with illegal immigration or high rates of overdoses are suddenly coming face to face with the harsh realities of the failure of the federal government. States like Wisconsin, Minnesota, Iowa and Pennsylvania have seen overdose deaths skyrocket and how does the Biden Administration respond? Safe drug kits complete with a crack pipe to smoke crack safely and increased spending on Narcan to reverse the effects of an opiate overdose. The left sees the increase in immigration as a byproduct of the American dream that people want, and they like to harken back to Ellis Island and the immigrants who came here at the turn of the century. The problem with that whimsical narrative is that the immigrants who came then were vetted and they worked to assimilate into their newfound home. Legal immigration is what helped build this country and make it the great industrial powerhouse it was.

Recently illegal immigrants shipped to New York have been greeted and put up in 5-star hotels with all expenses being paid while homeless Americans roam the streets of Times Square. The New York State Supreme court struck down a law that would have given all these illegal immigrants the right to vote after just 30 days of residency, in local elections without citizenship. If that does not make your blood boil, then perhaps you need to take a Constitution ALIVE class and relearn the benefits of citizenship.

The lefts’ failed policies have resulted in the need to import more and more voters and give them more and more free government handouts to ensure they “line up” and “vote right”. The main outrage for voter ID is the erroneous argument that black and brown people do not have the means to get IDs and by proxy the idea is racist. The problem with immigration reform is that as previously stated neither party has the stomach to take care of it and to take care of it would take a lot of time and politicians know it. The process of securing borders, doing something with the “dreamers”, streamlining the immigration process to make it more efficient and rid America of all those here illegally will take precious time, and no one wants to commit to that, so they kick the can down for future generations to deal with it.

At the state level, conservative constitution-believing people must begin to consider themselves as living in a border state no matter where they live geographically. Policymakers need to be pushed to create an atmosphere that is not conducive to hiring or providing benefits to illegal immigrants. Electing strong sheriffs, judges, district attorneys and Attorney Generals is a vital key to removing the welcome sign that hangs above your state for illegals. Have you taken the time to ask the candidates running for these positions what their stance is on illegal immigration? How do they intend to stop the flow of drugs and other illegal items that come as a byproduct of illegal immigration? Do they intend to detain, prosecute, and deport illegal immigrants found in their jurisdictions?

These are questions residents of Wyoming, Wisconsin, Colorado, Iowa and others never thought they would have to ask. It was always just a southern states issue, but now it has come to our doorsteps because we collectively didn’t hold our federal government accountable and demand action decades ago. The tide needs to turn, and the problem needs to be solved, this needs to be an issue that is front and center in 2022 and 2024. President Trump rode this to victory in 2016 and the ability to solve this problem on a state level and federal level should qualify whomever the candidates are for our vote.