Just in Time for Voting Eligibility, Milwaukee Dems Seek Housing for Out of State ‘Organizers’ for Election 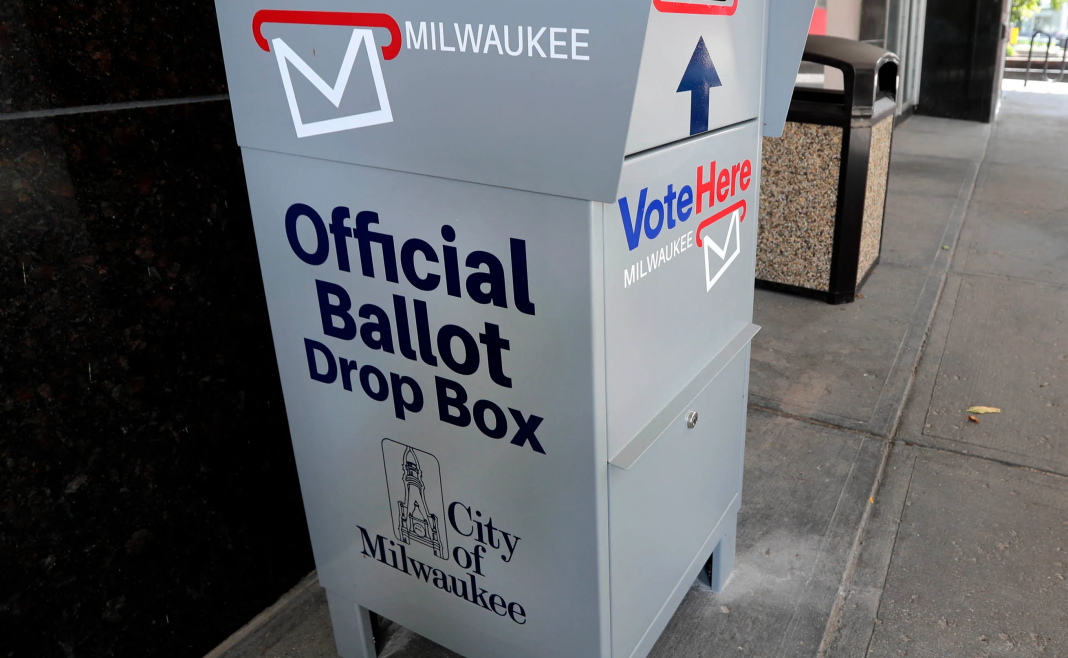 We no longer need to ignore the ‘man’ behind the curtain, because he is no longer hiding. Oh wait, did I just assume his gender? Oops, I did it again.

I know this is no surprise that the Milwaukee County Democrats will be pulling out all the stops in an effort to game the system yet again, but they are now in plain sight. We have recently seen them add Referendums to the ballot and ‘hiring’ privately funded, ‘not-for-profit and non-partisan’ GOTV organizations, etc, but they aren’t done yet.

In a recent email appeal, the Milwaukee County Dems asked for spare rooms to house what they said were ‘a few extremely dedicated Organizers traveling from out of state to help us make sure we elect all of our amazing Democratic candidates here in Wisconsin.’

Reading this immediately brought back memories of the fleet of white vans from Illinois that infested Milwaukee during the 2012 Recall election. They were everywhere taking residents and non-residents to the polls to vote. If you recall, pardon the pun, this was before voter ID was the law.

Fast forward to now, the Democrats are clearly up to something. This begs the questions, how many of these ‘dedicated’ organizers are coming, where are they coming from , and who is paying for this?

Notice, they made it very clear to ask for a spare bedroom ‘for the next 40 days’. Conveniently, just outside the minimum 30 requirement for residency in order to vote in Wisconsin. Interesting how that works.

The Democrats will stop at nothing to keep their hold on power. They are desperate because both Ron Johnson and Tim Michels are surging in the polls. They see that both Tony Evers and Mandela Barnes are stuck with zero momentum.

If you think, just because the Supreme Court outlawed drop boxes, that the Democrats do not have other tricks up their sleeve, you are sadly mistaken. THEY DO NOT NEED DROP BOXES in order to commit voter fraud. They have proven this time and again.

Looking back at 2012, the only reason they failed was that our side was significantly motivated and showed up in such overwhelming numbers that we overcame the cheating.

WE NEED TO DO THIS AGAIN!

Milwaukee County is the 2nd largest concentration of Republican votes in Wisconsin and the Democrats know this. They are doing everything in order to suppress Republican turnout here. They succeeded in 2018 and 2020, we cannot let them again.

I am putting this out for all to see so that the WISGOP sends reinforcements to Milwaukee County to get out the Republican vote there. It would also be nice for the leadership of fight back, preemptively, instead of always being on defense.

No, we are not likely to win Milwaukee County, but we have consistently seen that we just need to break 38% in order to win the state. This is huge.

Thank goodness, we have strong candidates at the top in Johnson, Michels, and Toney, but also many down ballot, like Bob Donovan. I like our chances , but it will take hard work, FROM ALL OF US.

No excuses, we either win, or we risk losing EVERYTHING. The choice is yours.

Here’s the full text of the Dem Email:

SUPPORTER HOUSING NEEDED
The Democratic Party of Wisconsin has a few extremely dedicated Organizers
traveling from out of state to help us make sure we elect all of our amazing
Democratic candidates here in Wisconsin.
We want to make sure they have a place to come home to that isn’t
thousands of miles away between now and November 9th
If you have a bedroom to spare for the next 40 days, please reach out to
the Deputy Organizing Director (Jaliah Jefferson) at
jaliah.jefferson@wisdems.org or via phone at (832) 367-5061.
Democratic Party of Milwaukee County
http://www.milwaukeedems.org