It’s time for the sleeping giant to awaken, this is not the time to sit on the sidelines 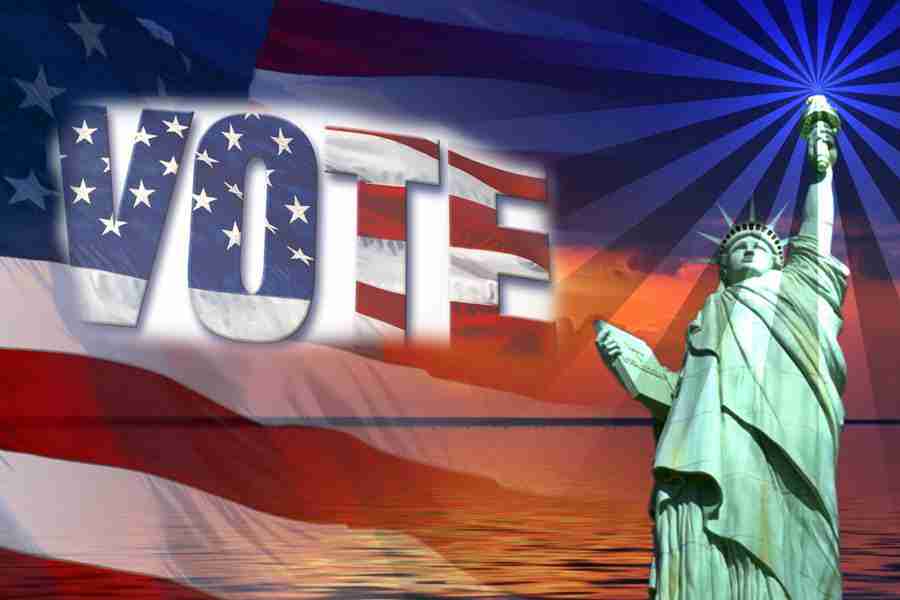 In the United States, the right to vote is the very foundation of our Republic. Every election year the country focuses on the number of voters who actually turned out to vote. Unfortunately, there is a large segment of the population who has given up and doesn’t vote.

This includes a large number of Conservatives who are typically middle-class, blue collar citizens. They support things like the 2nd amendment and want the government to stay out of our lives.

Over the past decade or so, they have stayed home on election days, in large part because they feel there is no real difference between Democrats and Republicans.  Many have basically given up because they feel nothing changes?

I can certainly understand the non-voter Conservative concerns, because over the years, the Republicans have tended to cave without getting anything in return from the Democrats.

In normal years, I wold quietly accept their stance on not voting. I don’t agree with it, but certainly respect their right not to vote. However, but THIS IS NOT A NORMAL ELECTION YEAR.

Ever since before President Trump took that journey down the escalator, we have seen the Democrats fall completely off the far Left edge of their party and have seen the lengths they are willing to go to in order to get and keep power.

They weaponized the FBI in order to keep Trump from the White House based on a made up Clinton campaign dossier about the Russians. Then, they used the same narrative to try to remove him from office or get him to quit. We even saw the dominant media go along with the removal strategy by spreading the completely unsubstantiated lies.

We even saw the Left go crazy by creating riots out of protests and by creating economic turmoil over a virus that has shown to be less of an impact than originally thought. We have seen Democrats embrace the chaos and even move to defund police, the very fabric of law and order.

Throughout all of this, something happened that they did not expect. In spite of their efforts, President Trump showed incredible resilience by refusing to give up and quit. He pressed on and set the groundwork for the most incredible economic recovery in several decades.

You see, President Trump has been fighting to not only pass policies to revive America into an economic powerhouse, but he has also been fighting for our very American Heritage. He has doubled down on America and the American way of life. He has shown immense support for capitalism, our military and police.

Capitalism is under attack by the Democrats. Twice now, the Democrat Party had a devout Socialist a heartbeat from the party nomination. We have seen the lengths they have gone to in states like Virginia, where they gained power and immediately went after 2nd Amendment rights and even allowed for post birth abortion.

Throughout the country, they are pushing anti-Amercan curricula in our schools, and fanning the flames of racism.

We saw how states with Democrat governors went out of their way to go after rights like freedom of religion and assembly. Heck, some Democrat Governors even tried to prevent people form buying seeds and planting their own garden.

Now they are openly waging war on our elections by forcing a mail-in vote that will allow for massive voter fraud. The Democrats know this and that is why they are fighting so hard for it.

This is no longer about Democrat or Republican, but about complete elimination of American Ideals and the beginning of the decline America. However, America has withstood wars against empires, terrorism, economic depression, and natural disasters. America will certainly withstand this far Left folly.

To you non-voters, I know that you still care about our country and want the freedom to make you own way in life. But, as we have seen over the past several years, everything is under attack by the extremism of the far Left and we are at a watershed moment in our history. Do not let their bad deeds go unpunished.

America needs you, the solent majority,  to awaken and save her. Like Ronald Regan said, “Freedom is a fragile thing and is never more than one generation away from extinction.” I know you are listening and we need you now mobilize to defend freedom.

The ONLY way to save America is a complete decisive LANDSLIDE election. A Trump victory will send the far Left extremists packing into irrelevancy. They know this and are clinging to their last political breath. Nothing else matters.

Join us to save our American Ideals of life, liberty and the pursuit of happiness!

‘We must demand that our children are taught once again to see America as did Reverend Martin Luther King, when he said that the Founders had signed “a promissory note” to every future generation.  Dr. King saw that the mission of justice required us to fully embrace our founding ideals.  Those ideals are so important to us — the founding ideals.  He called on his fellow citizens not to rip down their heritage, but to live up to their heritage.’