It’s the Economy Stupid…Unless you’re Murdered, then it isn’t… 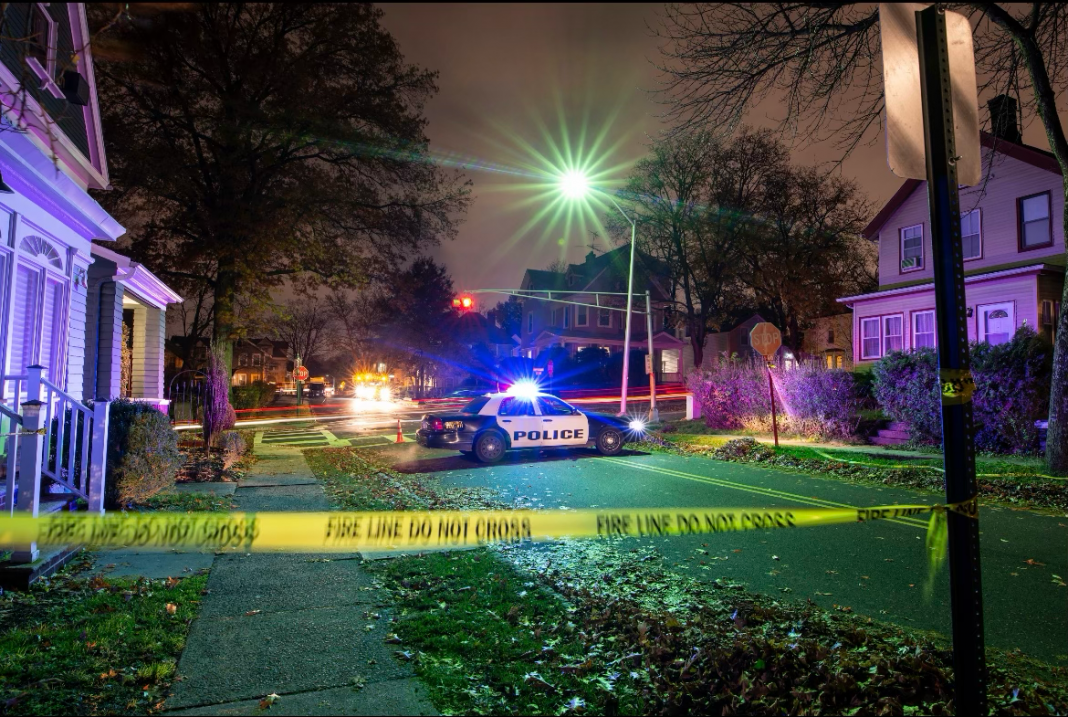 As a young kid growing up in Southern California, I can vividly remember the home my family lived in being robbed three different times. The last time, before we moved, the people who broke in stole not only the TVs, VCR and Stereo but the meat in the freezer and the medications in the medicine cabinet. I believe it was then that my parents decided that the beach, mountains, great weather and extended family just weren’t enough of a pull to keep us there. We packed up and started the journey that would bring us to the Lonestar State of Texas and overall a better life. My parents took a huge, calculated risk and left all that they knew to provide me and my two brothers the opportunity for a better chance at having a safe prosperous life.

Meeting my wife at bible college in 2001 was a great experience and ultimately after a thrilling chase, we decided to get married. I will never forget the first time visiting her family in their small-town Wisconsin home. Meeting her parents and family and experiencing the splendor of Western Wisconsin was a culture shock. To my surprise, they in fact did not lock their doors…on anything. Their front door wasn’t locked, their vehicle doors weren’t locked, their windows weren’t locked and they didn’t have a security system or bars on the windows. This blew my mind because where I grew up if you didn’t lock it, there was a strong chance it wouldn’t be there when you got back.

In 1992 when then Arkansas Governor Bill Clinton was taking on President George HW Bush and on his way to becoming the “comeback kid” he and his campaign strategist James Carville coined the term “it’s the economy stupid” as a rallying cry for Democrats and Independents that were growing wearier and wearier of an economy that was slowing down. Clinton would successfully use that to paint Bush as an out-of-touch President who wasn’t managing the economy well and it worked. Clinton and Carville created a template for running for office by noting and exploiting the “wallet index” by which people are more likely to vote for the candidate that will best positively affect their pocketbook.

When you take that historical data and recently published numbers by the federal government on GDP and the fact that no matter how you slice it or define it, we are currently in a recession. This should pave the way for right-wing conservative candidates to hammer left-wing democrats and obliterate them in the polls and eventually on election day. As crime rates have spiked around the country the message of the economy while good may take a back seat to public safety. A good friend of mine and I were having a spirited discussion about how long it will take to repair all the economic damage done by the Biden and Evers administrations. The general consensus was that we are in for a few very rough years at best.

The fact is that if a red wave occurs in the 2022 midterms and the Republicans on the federal level take over the House and Senate, we still will have Sleepy Aviator Joe in the office for 2 more years. The Red Wave doesn’t appear that it will give us a filibuster or VETO-proof majority, meaning we will have an uphill battle for 2 years until the Presidential election of 2024. The most immediate need for Republicans to roll up their sleeves on is crime, prevention of crime and replacing the “social justice” activist attorney generals, district attorneys and legislators that allow the criminals to escape prosecution with their “progressive” policies. The long-term effects of the “Summer of Love” and mostly peaceful protests in 2020 on law enforcement are starting to be seen now as new officer recruitment rates are at historic lows while retirements and law enforcement professionals getting out of the career field are at historic highs. This combined with low or no bail for criminals, which literally puts them back out of the streets to commit more crimes, is tearing apart the fabric of America, and more and more people are intensely focused on their family’s safety.

In Wisconsin AG Josh Kaul has been a complete and utter failure as AG and has not fostered the type of relationships with law enforcement that leads to safer communities. You need to look no further than the riots in Kenosha, the spike in crime rates in places like Milwaukee and elsewhere and the complete mismanagement of the WIDOJ crime lab to tell you he just isn’t up to the task of working with law enforcement to secure our streets and punish violent criminals in our cities. Is all crime Josh Kaul’s fault? Not at all! The heart of man is inherently evil, and you can never completely STOP crime, the legislature cannot create laws to STOP crime because crime cannot be stopped. Crime can only be punished and deterred. Criminals by definition are choosing the path of least resistance; the life of crime is about the easy score and not having to do the “9-5” like normal society.

Cities and States all over the country have elected “progressive” AG’s and DA’s that promised a more compassionate way to deal with criminals under the guise of racial equality with some claiming the system of law we have is a racist extension of white supremacy. The woke progressive AG’s and DA’s have worked to decriminalize or limit punishment on criminals, citing criminals’ “hard lives” and society’s “failing” to give them opportunities because they are minorities. Low or No Bond rules have created a revolving door for criminals to commit crimes in the morning and can be out to commit more crimes by late afternoon. Crimes such as murder, rape, assault and DUI vehicular manslaughter have been committed by criminals out on bond or multiple bonds and those crimes never should have happened.

Senate candidate in Pennsylvania John Fetterman as Lt Governor was the only “yes” vote on the state’s parole board to parole hundreds of violent offenders and put them back on the streets and has actively campaigned for “safe spaces” for junkies to shoot up heroin. In Houston Texas Mayor Sylvester Turner has publicly come out and said they are currently “reimagining the criminal ecosystem in Houston” and now Houston/ Harris County has one of the highest murder rates in the country taking some of the pressure of failed Chicago Mayor Lori Lightfoot.

The bottom line is that for an immediate impact on our streets and communities’ crime and prosecuting of criminals need to be paramount on the candidates’ list of priorities. The economy will not fix itself and will need some bold actions to say NO to more wasteful spending and eliminate programs that are nothing more than political pet projects sucking the lifeblood out of our economy. Crime isn’t a complicated matter, you support law enforcement’s ability and equip them to do their jobs, you elect quality DA’s and AG’s that will prosecute and limit the community’s exposure to these vile thugs, and you let them rot in prison for the choices that they made and the people they hurt. Tough on crime is no longer a luxury, it needs to be the standard to send a strong message to the criminal element that we view our safety as a top priority and if you value your life and freedom don’t break our laws.

Public safety offers a unique opportunity for conservative republicans to set themselves apart from their liberal left opponents. This one single issue could be the positive catalyst that conservative republicans can point to, if successful, in the 2024 presidential election. The misery will continue if the voting public doesn’t get it right in November and chooses more of the same failed policies that have made our crime rates skyrocket to a level not seen in decades. The choice could not be more clear.