Another Tosa West Fight: The Principal Downplays in Letter to Parents. 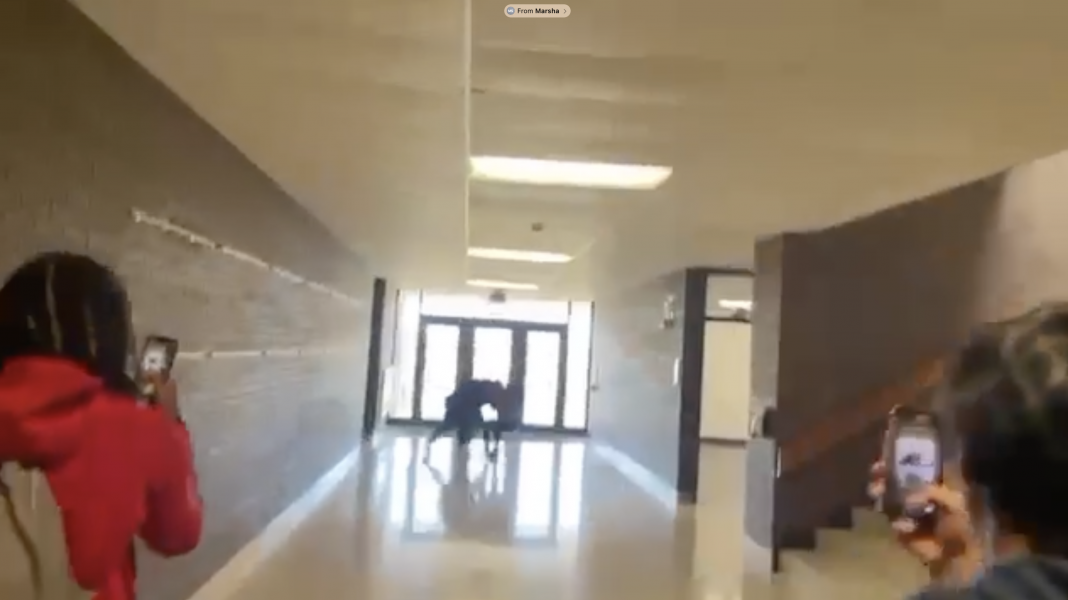 Here we go again. Yet another fight at Wauwatosa West High School. This is now happening so frequently that they are going to have to start charging a Pay Per View Fee, just like the MMA.

Yes, I get it, fights in high school are not typically newsworthy. Fights have been going on for generations. The problem is that it’s becoming more frequent, more violent, and more people involved.

What makes the situation at Tosa West worse is that Principal, Corey Golla sent a letter literally downplaying the situation. FULL LETTER BELOW In the letter, he stated, ‘Staff members responded quickly to diffuse the situation.’ Huh?

If you watch the attached video, you can clearly see not an adult in sight for nearly 60 seconds of the video. Then Golla stated that ‘Both students involved in this altercation will receive consequences aligned with our Disciplinary Framework, which can include suspension.’ CAN INCLUDE SUSPENSION? Are you kidding?

Clearly, the handbook is flawed. What about WILL include suspension? That’s how it used to be. Clearly, Wauwatosa schools appear to have minimal consequences for things like fighting, thus no deterrent compelling students to behave. I am still looking to find out if there were any consequences for the BRAWL I wrote about in September. But I digress…sigh.

The letter also says ‘both’, but in the video, you can see three students in the fight. Was he lying on purpose or is he just incompetent? Judging from his prior career in Menomonee falls, I’d say the latter.

Perhaps if Wauwatosa Schools were less concerned about teaching kids about sex toys in 3rd grade and more concerned with actual education and discipline, fights like this would be less often because there would be decisive consequences instead of just ‘tough talk.’

At the end of 5th hour today,  two students became engaged in a physical conflict in the hallway.   Students passing to their 6th hour class may have witnessed the conflict.

Staff members responded quickly to diffuse the situation. School Resource Officer Griffin assisted as a precaution, and we are thankful that no one was seriously injured as a result of this incident.

Behavioral expectations for all students can be found in the Wauwatosa West Student Handbook. Those who fail to adhere to these expectations will be subject to appropriate disciplinary consequences. Both students involved in this altercation will receive consequences aligned with our Disciplinary Framework, which can include suspension.

The safety of our students and staff remains a top priority. Please behave appropriately and exercise good judgment so we can continue to ensure that Wauwatosa West is a safe learning environment for all.

You are receiving this email because of your relationship with West High School. If you wish to stop receiving email updates sent through the Blackboard service, please unsubscribe.
West High School | 11400 Center Street, Wauwatosa, WI 53222 | 414-773-3000